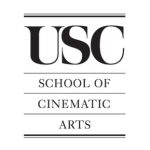 DIAF is entrusted with the estate and legacy of the DEFA Studio for Animated Film (1945-1990), the state studio of the former German Democratic Republic. In addition to more than 2,000 film prints, the DIAF also archives an extensive collection of film-related materials and documents. Temporary exhibitions are organized regularly and an exhibition about the DEFA Studio is on permanent display. 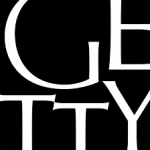 Getty Conservation Institute and Disney Animation Research Library
collaborative research project
A collection of original plastic animation cels and backgrounds will be studied to better understand the changes that occur in these materials over time, and the possible causes of these changes, with the ultimate aim of improving ways of preserving not only Disney’s animation cels, but also any object made from the same types of plastic.

Musée du Film d’Animation, Annecy
The museum presents a century of animation. The collection contains circa 5000 documents and objects related to the history and production processes of animated films and is closely affiliated with the prestigious International Animation Film Festival, located in Annecy (France) since 1960. 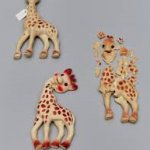 Plastics Project, a research project on the identification  and conservation of plastics in The Netherlands  (2017-2019)
Each collection of contemporary art and design objects contains numerous artefacts made of plastic. To identify the material composition of the objects specialist knowledge is required, which is often not present in museums without a laboratory. The Plastics Project aims to apply advanced research to this large group of objects, bringing together conservation scientists and no less than ten major museums and curators in the Netherlands.

The Society for Animation Studies (SAS)
An international organization dedicated to the study of animation history, theory and practice. It was founded in 1987. Each year, the SAS holds an annual conference at locations throughout the world, where members present their recent research. Animation Studies is the SAS’ peer-reviewed journal.