Self-adhesive plastic foils, transparent sheets, tapes, markers. If a material is time-saving, inexpensive, easy to use, readily available and has a contemporary appeal, you can be assured it has been fully exploited by artists and designers.  During our condition survey of the animation artwork in the collection of the EYE Film Museum (material predominantly from the eighties and nineties of the pervious century), we regularly encounter self-adhesive plastic foils adhered to both plastic as well as paper. Plastic foils were immensely popular throughout the second half of the twentieth century. They now constitute a challenge for conservators as they are prone to rapid degradation. In the collection of the EYE Film Museum we found several degradation phenomena that are typical for self-adhesive plastic foils such as shrinkage; sticky edges where the adhesive is exposed; loss of adhesion; wrinkling and bubbling. Example are the study for the film Between the Lights (1975)  and the cel used in the production of Reversals (1972) by Karin Wiertz and Jacques Verbeek depicted below.

Although conservators are familiar with the use of plastic foils and the problems they can present, we know very little about the degradation of these foils or what causes them to shrink, warp, bubble or even weep (!). In most cases, we don’t know their composition or the composition of the adhesives used. And to make the situation more complicated: manufacturers constantly adapt their recipes and change constituents. To better understand the degradation of the plastic foils used in the animation artwork in the collection of EYE, we now survey the whole collection looking for patterns. During an expert meeting on the inventory of damages in archives and libraries organized by Metamorfoze, we learned that Het Nieuwe Instituut, the national institute for architecture, design and digital culture in Rotterdam, is coping with similar problems. In many of their technical drawings and artist impressions, self-adhesive plastic foils are used as an integral part of the design. Curious after the ways in which these foils have been used in technical drawings and the specific problems these drawings present, we had a look in the archives in the collection of Het Nieuwe Instituut in Rotterdam. 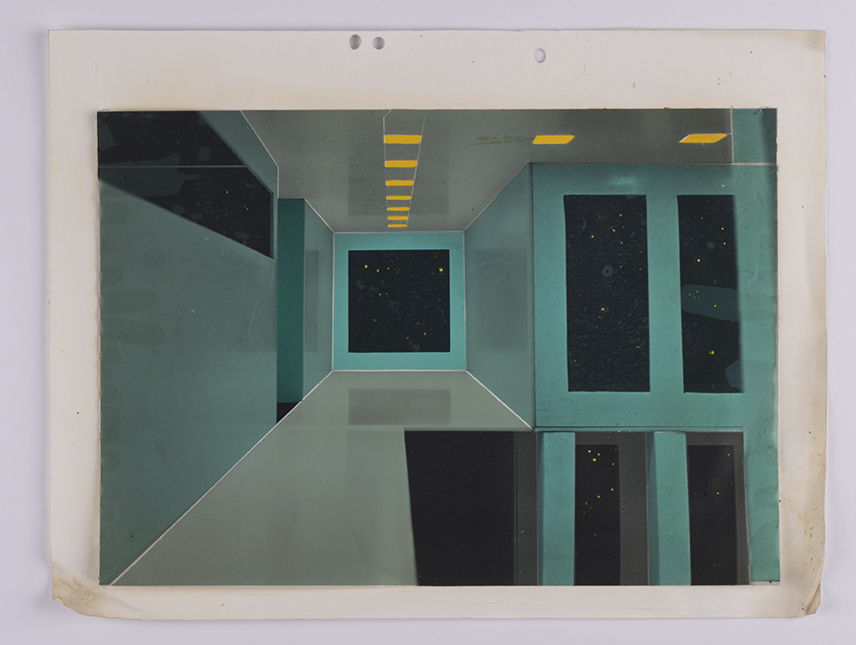 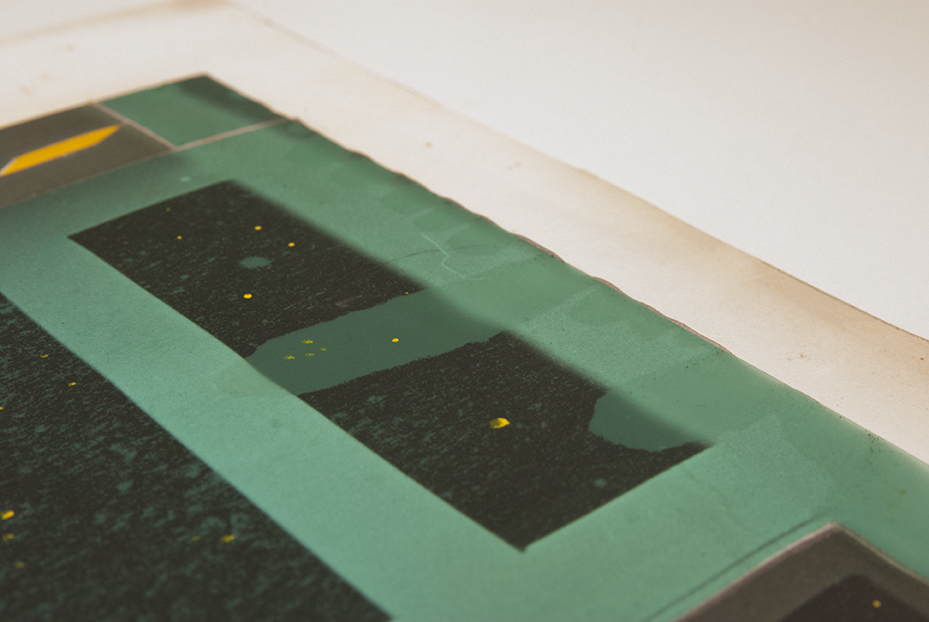 A detail of the study for Between the Lights showing ripples and air bubbles between the plastic foil and the paper. 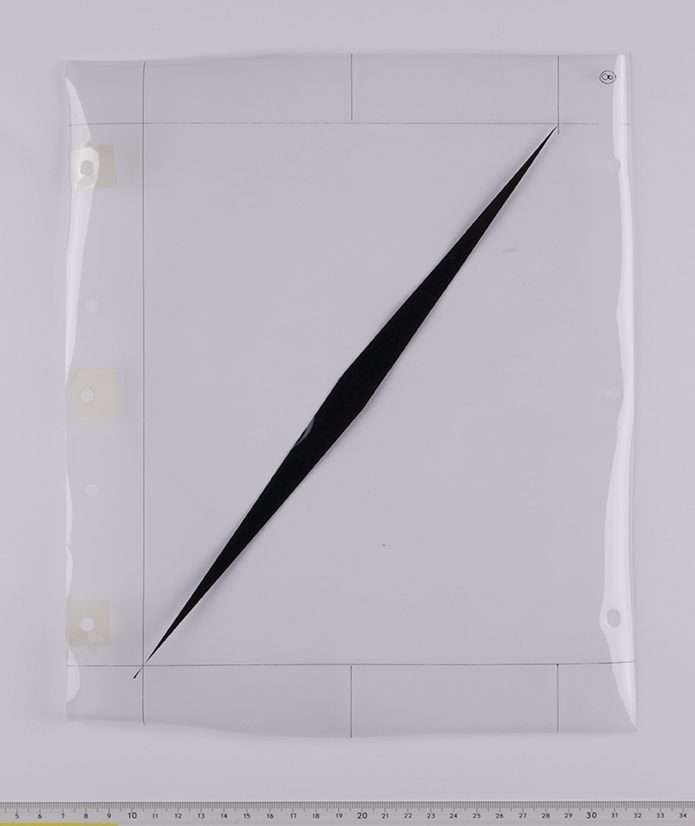 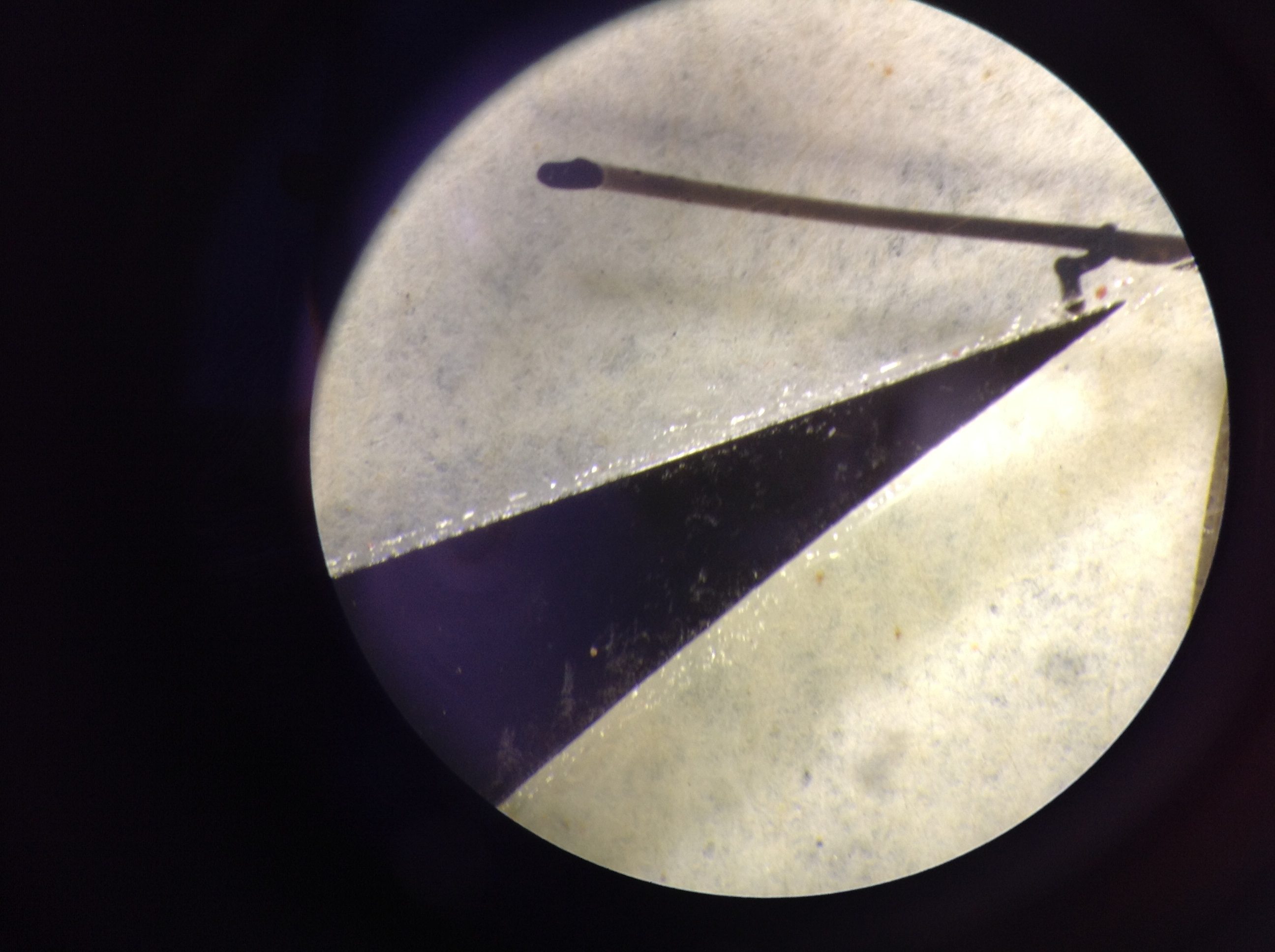 A detail of the cel depicted above, showing the exposed adhesive layer along the edges photographed through a stereo-microscope. When cels are stored in stacks, these exposed layers of adhesive can cause damage as they adhere to the adjacent cel

When self-adhesive plastic foils came on the market shortly after the Second Word War, they were immediately embraced by architects. With these plastic foils architects could quickly achieve an even colourful fill of the architectural elements in their design drawings. The foils gave an idea of surface quality such as transparency, texture or colour. Moreover, transparent foils could be used in designs on tracing paper or transparent plastic sheest, which permitted their copying by photomechanical processes in which a degree of translucency is often desired. But above all, their textures and colours appealed to the designers and architects of the time.

Plastic foils, in short, were the equivalent of Adobe’s paint bucket throughout the second half of the 20th century. Brands such as ASLAN®, Pantone™ and Zip-a-tone™ offered a huge variety in opaque, transparent and patterned foils. The designer would cut to measure and (usually) paste the foil on the verso of the transparent paper allowing a more fluent integration into the drawing on the recto. A beautiful example are the designs for the Van Gogh Museum in Amsterdam (1963-1971) by Rietveld, Van Dillen en Van Tricht. The studio used  transparent and patterned foils to emphasise the different volumes and the play between inside and outside. 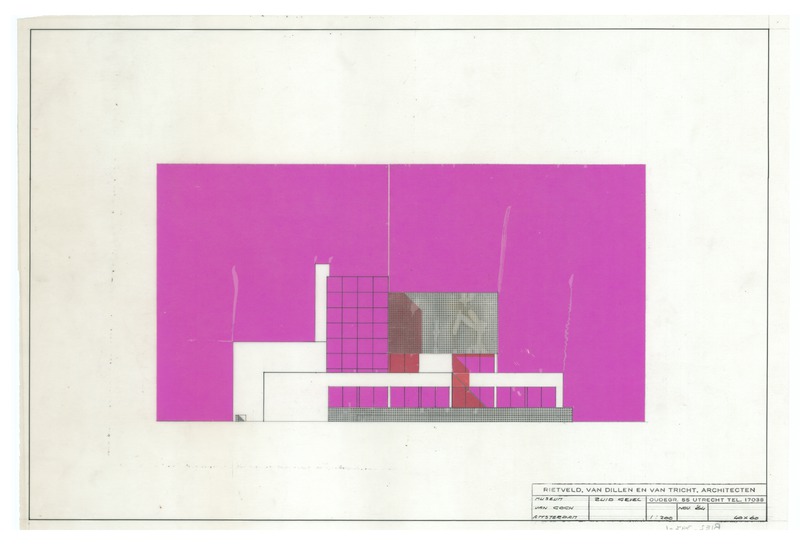 Typical damage caused by storage in rolls and tubes

The drawings show damage and degradadation phenomena that are typical for self-adhesive foils: wrinkling and the presence of air bubbles between the substrate and the film. These bubbles are comparable to those we found in the animation artwork shown above, but their elongated shape and predominantly vertical orientation suggest a different cause. Plus they all seem to originate in a corner of the cut out shape.

Architecture archives are often characterised by the large size of the technical drawings they contain. The example above is relatively small (ca. A1), but drawings longer than two metres are no exception. Often these drawings were stored rolled and the small drawings were simply rolled together with the larger drawings, using the roll or a cardboard tube as an archival unit. Many damage patterns we now encounter in architectural drawings are an immediate result of handling or storage in rolls. The drawings by Rietveld, Van Dillen en Van Tricht are an example of these damage patterns. When rolled with the plastic foil on the inside, the foil is compressed and starts to butt at the weakest points: the corners.

Most of the damage occurs during the formation of the archive in the architecture studio. When they arrive in Het Nieuwe Instituut, these drawings are ideally unrolled or unfolded, flattened and stored flat in archival folders, in which they are interleaved with thin, archival quality silk tissue paper. Unfortunately – as a result of the size of the archives and the limited financial resources of institutions such as Het Nieuwe Instituut – conservators cope with backlogs and many architectural drawings are still kept folded or in rolls waiting for an opportunity to rehouse them.